About our Accommodation in McGregor

In 1861, a little town on the edge of the Karoo came into being. It was called “Lady Grey” in honour of Lady Eliza Lucy Grey, the wife of Sir George Grey , Governor of the Cape at that time. However, this created much confusion for the postal authorities, since there was already a “Lady Grey” situated in the North East Cape – the name needed to be changed, but to what? 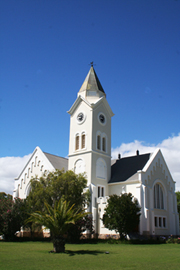 The Church in McGregor

The village of Lady Grey had been without a minister for some time and so the residents there were delighted that they were now included within Rev McGregor’s parish. He became such a well-known and loved figure within the village that the community decided to ask if the village could be re-named “McGregor” in his honour. So, with the blessing of the postal authorities, the village of McGregor was born in 1862.

Many years later, a descendant of Andrew McGregor arrived in the village with his family. This was Robin McGregor. He and his wife were resident here for many years and, in fact, Robin held the office of Mayor from 1984-86. They resided in the property, which was later to become known as “Fountain Place”. Whilst living here, Robin wrote the first edition of “Who owns Whom” – a comprehensive listing of the ownership of South African companies. A copy of this book is on display in the museum at McGregor Tourism.

From ancient buildings to luxury accommodation in McGregor 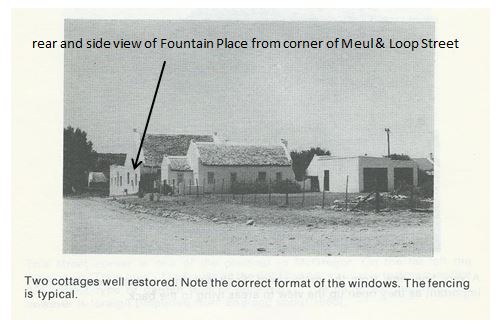 This property originally consisted of a main ‘manor house’ with a row of four cottages in front of it. The two middle cottages in this row were demolished and the remaining two were then joined to the main house (which had also been extended) to create one U-shaped building with a central courtyard.These two original cottages are now our elegant guest suites, opening onto the courtyard. 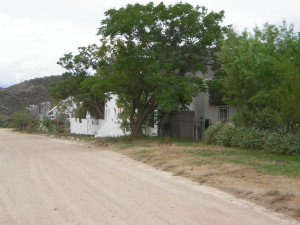 Due to its age (1862), it was declared a National Monument and is, in fact, one of the oldest buildings in the village. Much later, two fountains were installed, one in the central courtyard and the other in the garden, thus providing the perfect name for the guesthouse now known as “Fountain Place”. Pictures of this progression may be viewed at Fountain Place.

For our full Terms and Conditions please click here Our terms and conditions of reservation are deemed to be accepted and binding upon payment of deposit and confirmation of reservation.